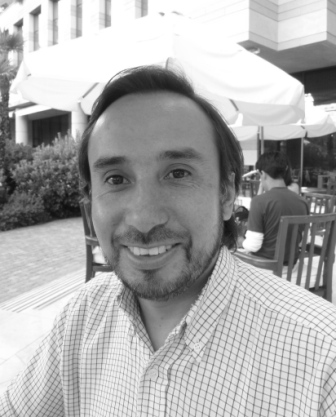 One of the most fascinating aspects of my recent trip to Chile was being able to meet some of the increasingly influential figures behind the scenes – the kingmakers, if you like – in the world of modern Chilean wine.

Pedro Parra is a prime example – someone who has galvanised a generation of Chilean winemakers to take a new look at terroir. (Mind you, these days Pedro is more frequently centre stage rather than behind the set – but that’s another story.)

I’d heard the name Alvaro Peña a few times, mentioned in admiring terms by people whose opinion I respect, so I resolved to find out more.

Furnished with an email address by a kind contact, I brashly invited Dr Peña at very little notice to an impromptu cup of coffee at my Santiago hotel. I’d heard he was publicity shy (always a good sign) so was expecting a polite rebuff. But, to my surprise and excitement, he wrote to say he was on his way.

As it happened, we never got to have that coffee. So absorbed was I by our conversation that I clean forgot to call the waiter; embarrassed apologies were duly issued shortly before I was escorted off – entirely against my will – to another engagement.

By way of broad-brush background, Peña is a professor of oenology at the Universidad de Chile, the country’s public university (as opposed to the Católica, its private counterpart). He originally studied agronomy at the university in Valparaíso, where his family are from, then went to Madrid for his PhD, which he completed in 1998. Further studies in Chile and a post-doctorate at INRA in Montpellier followed before he ended up in his current post at the university in 1999.

While Peña’s primary activity is teaching, he is also actively involved in research. His specialist field is the phenolic composition of wines (eg tannins and colour) and how it influences wine quality and mouth-feel.

Although it may sound like utter wine geekery, we talked at length on this topic – more than can be reproduced here – but suffice it to say that Peña’s research (and those of his students) is a key area of modern wine thinking. Understanding the nature of a wine’s mouth-feel – how it gets to taste how it does, and how that can be changed by work in the vineyard and winery – is very important stuff, both to wine producers and wine drinkers the world over.

Interestingly, it’s also a relatively new area of scientific research. Peña comments how, when he first studied agronomy at Valparaíso, it wasn’t even part of the course. Now he’s looking in depth at the likes of naturally occurring polysaccharides, mannoproteins and even the intimidatingly named rhamnogalacturonans (I and II, since you ask) – and how differences in concentration of these mysterious substances might be the difference in why wines with exactly the same phenolic concentration can taste totally different.

Notwithstanding all of this, it’s telling how Peña is clearly no prisoner to the lab, instead evidently a man for whom field work has become more than just a hobby or research endeavour. He talks enthusiastically of his collaboration with the university’s physiologists – Claudio Pastene among them – and speaks authoritatively on terroir (uncomfortable territory for many scientists given its slippery, multi-faceted nature) as well as wine producers he’s worked with around the world.

‘In order to teach well,’ he muses, ‘it’s important to work in the real world.’

Within this context, Peña is also getting more and more involved in the wine industry. He regularly lectures to the big companies and he recently entered into partnership with the Canadian Derek Mossman Knapp to form Garage Wine Co, a small red-wine-only producer sourcing mainly from vineyards in the high Cajón del Maipo and old vines in Maule.

But you can’t help feeling that, for Peña, it’s the altruistic and scientific aspects of wine that motivate him most. He takes his public service role at the Universidad de Chile very seriously, clearly bristling when I teasingly press him on associations with Lallemand, the yeast and bacteria supplier. This mindset is so hard-wired into Peña that, according to Mossman, he found it hard initially to publicly acknowledge his role in Garage Wine Co – until his mum read it in the newspaper, at which point everything was fine.

And this is where you get to the heart of why Alvaro Peña is one of the key men in the modern Chilean wine scene.

Chile has, for long, been famed for its clean, predictable wines, made in obsequious fashion for global markets, with little clear evidence of identity of heritage. And this is exactly the myth that Peña’s work is helping to dispel.

Take his work on pajarete. This historic sweet wine, made from Moscatel and País in the northerly regions of Atacama (III) and Coquimbo (IV), has been made in Chile for centuries. Along with Pisco, it constitutes one of the longest existing denominations of origin in the country. But the wine, often made in subsistence quantities (and accordingly low-grade quality) was for long dismissed by the modern Chilean wine industry as irredeemably rustic and passé.

He found people making pajarete in cow hides hanging from the ceiling of their small adobe homes. He sought government funding to improve the quality of the wine and worked to change the mentality of the producers – covering everything from basic microbiological standards (such as washing hands, using clean water, removing flies) to simple market economics.

In just three years, wines that once were selling on the local market for 500 pesos for 50cl (50p or US$1) to hardened drinkers now sell for up to 2,500 pesos US$5 (£2.50) to tourists. Wines that were once lost to spoilage now, with the benefit of yeasts cultured specifically for sweet wine production, finish fermentation before the winter and reach the market in rather more pristine condition.

A core group of producers have now, with Peña’s assistance, developed a brand and label. After serious misgivings, the producers presented their wines at an international conference in late 2011 and received glowing feedback.

‘They’re now aware of the value of what they’re doing, the fact it’s valuable patrimony,’ enthuses Peña. ‘We’ve finished the project now but we – and they – are very proud of the results.’

Unlike certain wine consultants, Peña’s aim is not to standardise or impose a totalitarian winemaking vision. He clearly sees his role as more of a social aid project, with an economic just as much as a winemaking rationale, as well as providing useful material for his research. He clearly revels in dealing with country folk, often in situations of extreme rural isolation and low socio-economic standing. 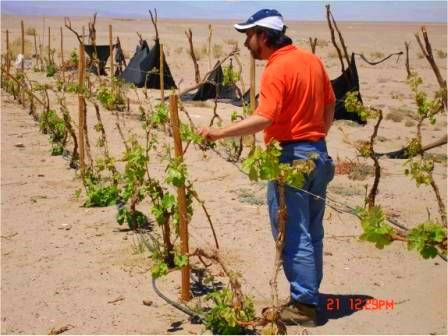 Another of Peña’s projects has been the promotion of winemaking in the heart of the Atacama Desert, one of the world’s driest, most forbidding, yet also most eerily beautiful places.

As with most things in northern Chile, it all comes down to mining. Peña was called in to help in late 2008 when mining and fertiliser company Soquimich (SQM) wanted to embark on a social aid project. SQM needed water to carry out their mining operations but, in order to do this, they needed the permission of the local community. So they funded small-scale projects to benefit local families – including planting vines.

As strange as it may sound, winemaking does have historic precedence in the Atacama Desert. Remains of old wine presses are not uncommon and, when Peña arrived, he found vines up to 60 years old. He also found local wines on the market; he bought some and took them back to the lab for analysis.

The wines, which were sold in old Coca-Cola or Pisco bottles, were barely fit for human consumption.

So Peña got to work. He ran courses to change the viticultural management, including irrigation. He has promoted centralised winemaking as a means of improving quality for a number of producers, for example securing funding to buy a small de-stemmer. 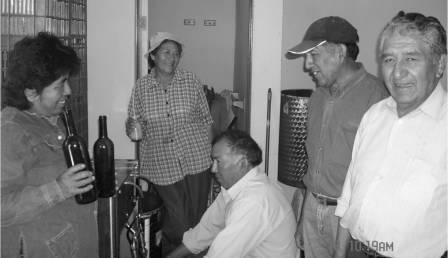 Before, the family harvested grapes and it took two weeks to destem 700 kg of fruit, which inevitably led to microbiological instability and oxidation (Peña’s measurements for acetic acid were, ‘off the charts – way beyond illegality.’) It was a slow process convincing the local winemakers – the first year they brought just two boxes for de-stemming, the next year half the grapes – but when they realised it took just two hours to destem the entire production, they needed no further encouragement.

Initial results have been very encouraging. Pedro Parra was recently brought in to help consult; a new wine, under the brand Ayllu, has gone into (non-Coca-Cola) bottles. I was privileged to be able to taste it recently in Chile (only 160  bottles were made, from 400 vines) and you can read my impressions here. While simple in scope and flavour, the red wine – made from an unidentified field blend – showed lovely grippy tannic texture and a certain understated harmony that hinted at better things to come. 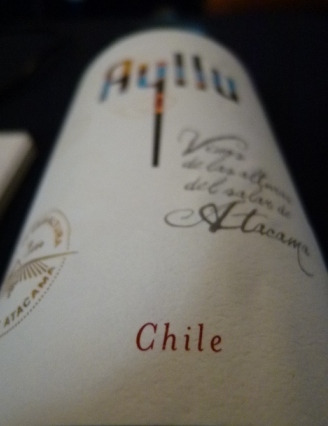 In short, there is promise here in the Atacama Desert for fine wine.

The soils are high in limestone content; the conditions are bright and dry; the high altitude tempers the daytime desert heat while the nights are icy. Andean melt-water, relatively accessible at this altitude, provides much-needed irrigation.

And there’s more to come, too, as this year new plantings are scheduled as high as 3,500m, according to Parra. While viticulture remains on a resolutely small, almost subsistence scale, once a precedent is set, who knows what might happen in the future.

And, if it does, much will be down to Peña’s work.

As I get up to leave our interview, Peña makes a comment – part observation, part plea – which perfectly captures the creative tension in him between the scientist, the anthropologist and the winemaker.

‘The mentality in Chile is very conservative; it takes a long time to change things,’ he observes earnestly, before adding, bright-eyed: ‘But we need to change faster!’

It’s a sentiment that many of his generation in Chilean wine would endorse whole-heartedly. And the work resulting from this vision may very well have profound repercussions for the entire wine industry – not just in Chile, but beyond.