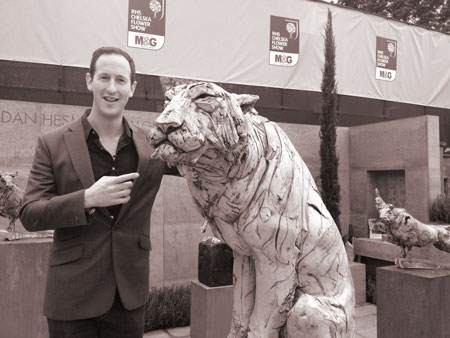 It’s the start of English Wine Week and I popped into the Chelsea Flower Show on my Saturday Kitchen wine mission (which featured a lovely English white – see below).

We were privileged to get an insider’s view into the Laurent-Perrier Chatsworth garden, designed by Dan Pearson and which won best in show. With our wine hats on we also made sure to check out the Cloudy Bay garden, with its moving sun-shed (now firmly on the Christmas wish-list…) We also took in some pretty amazing sculptures (see right).

I was so glad the wines went down well in studio. ‘He’s on fire!’ was James Martin’s enthusiastic reaction, and it was fabulous to see the English wine well received. ‘If this one’s anything to go by, we’re doing all right,’ said James. What a great message to kick off English Wine Week.

Peter’s comments: Bacchus is like an English take on Sauvignon Blanc so think of this as Sancerre with a home-grown twist. It’s pretty zingy and fresh, with loads of elderflower and gooseberry character. On its own, it’s pretty tangy and even smoky but when you put it with Nigel’s dish it just sings. Nigel’s recipe has a very British feel to it – the smokiness is like sitting by the fireside in an old-fashioned pub – and the wine ties in with that beautifully. At under a tenner this is very fair value and the quality is all there to see. A must-buy for English wine week (and try it with in-season local asparagus too). ‘Absolutely brilliant – and it just works incredibly with the dish,’ was Nigel’s take. 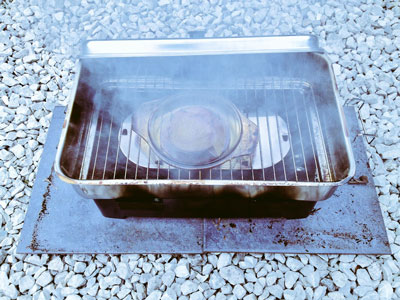 Wine to go with April Bloomfield’s roasted carrots with carrot-top pesto and burrata:

Peter’s comments: such a beautiful, elegant dish and this wine just sits alongside it seamlessly. To be honest, it’s a recipe that works with plenty of different white wine styles – but the best are the Italians, with that classic mix of floral, fruity and herbal elements but always under-stated. The Waitrose Pecorino is great value at the moment. This Lugana is a richer style, which means it matches the creaminess of the burrata and stands up to that punchy pesto. I’ve never liked carrots this much. ‘Another great wine match’ was the reaction in studio. 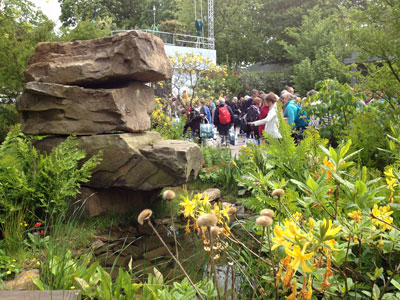 Inside the Laurent Perrier Chatsworth garden

My wines for Jim Dale’s food heaven and hell, as cooked by James Martin (now back from his Mille Miglia car-seat feats) were as follows:

My thanks to James, Nigel, April and Jim. Huge kudos to the wonderful people at the BBC and Cactus TV who make this delicious show happen. Big hugs to our epic wine VT crew Andy, Alec and Katharine.

You can find the recipes from the show on the BBC Food site – and you can watch via iplayer for the next month.

Thanks to everyone at the RHS and Chelsea Flower Show, who were very welcoming, as well as Laurent-Perrier and Cloudy Bay. Thanks also to M&S and Waitrose, incidentally two big retailers who are doing a great job in championing English wine. And thanks for popping in here! 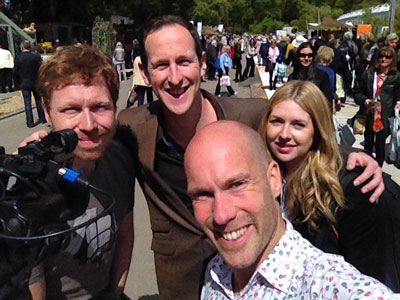