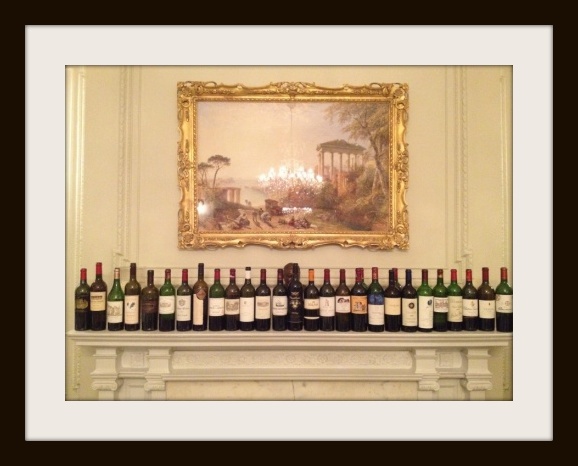 There’s a fashion at the moment – I suppose kick-started by the famous Judgement of Paris in 1976 – for blind wine tastings that pit any given producer or region’s wines against the established (and usually far more expensive) classics in a bid to out-do them and thus dine out on the results in the aftermath.

I’m no stranger to these, having not only participated in such events before but also co-hosted a few on behalf of Chilean producer Errázuriz.

Opinion is divided on the merit and reliability of such tastings as credible judgements on absolute quality and value. I think that’s fair – it’s always healthy to retain a certain scepticism about these exercises. There are many ways they can be subtly manipulated to favour a desired outcome and some are simply PR stunts aimed at getting attendance and coverage by lining up some stellar wines.

However, I firmly believe they do have a value. First up, they are often very worthwhile tastings to participate in, partly because they force you to re-assess and adapt your preconceptions as a taster and critic. That’s healthy.

Furthermore, it’s supremely difficult to challenge the established hierarchy in the wine world (and in the minds of the wine trade and wine lovers). So for new producers striving for excellence, making superlative yet under-rated wine, this is a valid way to make your mark – or, at the very least, get people thinking.

The tasting in question this time was set up by Wolf Blass, the Australian producer owned by the multi-national Treasury Wine Estates (owners of brands including Rosemount, Lindemans, Penfolds, Beringer and Matua Valley). 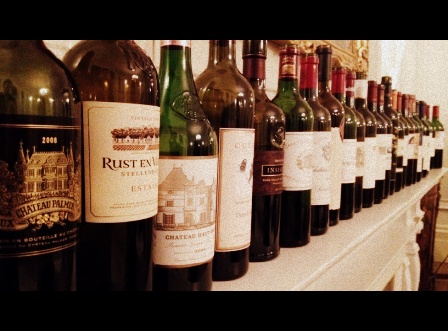 The idea was to taste a host of fine Cabernet-based blends from the 2008 vintage, including all five First Growths and other celebrated wines, to mark the release of the Wolf Blass Black Label, a much lauded Cabernet/Shiraz blend (with a bit of Malbec in 2008) first made in 1973.

The same tasting – albeit with slightly different wines – had already taken place in Melbourne and Toronto, featuring tasters such as Poh Tiong Ching, Jeannie Cho Lee MW, James Halliday and Jeremy Oliver. Ours in London featured some nine tasters from the UK and Europe, including Steven Spurrier, Peter Moser, Caro Maurer MW and Stephen Brook. You can read a release from Wolf Blass about the tasting criteria, tasters and overall scores here: MBC Media Toolkit

I reproduce my tasting notes below.

Clearly, I favoured the 2008 clarets – even though this had been a mixed vintage without the resonance or power of 2009 or 2010. Lynch-Bages and Calon-Segur were particularly impressive, especially in value terms, while the Italians, Chileans – and the Wolf Blass Black Label – didn’t fare so well in my book.

It’s interesting to compare my results with those of the wider groups, though. So I’ve included both my rank and those of the overall tasters (ie in Melbourne, Toronto and UK in the case of those wines tasted on all three occasions) or London tasters (for those wines just tasted in London). For example, I ranked the Wolf Blass Black Label 24th – but in the overall results it came 2nd equal.

That said, it’s tempting to read too much into some of these average scores. As our hosts made clear, there wasn’t a huge range of scores once the averages had been made. Seventeen of the 18 wines tasted globally were marked between 88 and 92 points – that’s a small spread relatively speaking.

To my  mind, great Cabernet is all about a combination of power and elegance – and often, deft blending. It can brow-beat you if overdone, or strip the palate if under-cooked. It’s a fine line.

My thanks to Wolf Blass for putting the tasting on, and to my fellow tasters for the lively and stimulating discussion that followed. The plan is for this to be an annual event and it will be interesting to see how the richer and hotly touted European 2009 vintage shapes up against the New World.

[By way of postscript, I tasted nearly 100 clarets from the 2008 vintage the very next day at the IMW annual Bordeaux tasting. Notes to follow – but Lynch-Bages and Calon-Segur showed well again, along with Palmer, Lafite, Margaux, Gruaud-Larose, Yquem, Pichon Baron, RIeussec, Clinet and Figeac. Duds to my mind included Pavie and Cos d’Estournel.] 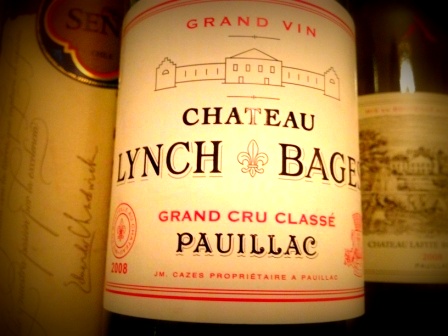 Château Lynch-Bages 2008 (£93) – MY RANK = 1st; OVERALL RANK = 1ST (92): Deep. Restrained. Earthy gravel, grilled green pepper emerges. Enticing, if a bit weedy. Immediately no sweetness at all, gravel layers, very fine tannin, brisk acidity. Tannin is ubiquitous and compelling – mouth-coating, so fine, so layered, a real powerhouse of a Bordeaux style, without being in any way sickly or trying too hard. Wow. Block-buster Bordeaux, some will find it too tannic, but I think this will evolve beautifully, with more aromas and softer tannin. 9 (-9.5) = 97

Château Lafite Rothschild 2008 (£975) – MY RANK = 5th equal; OVERALL RANK = 2ND equal (91): Medium deep. Very toasty nose, not sweet. Definitely old world in style, refined. Watery attack. Promises lots upfront on the palate but doesn’t really deliver in the end. Elegant, lots to it, refined and savoury, and while it suggests grandeur, it’s not quite the finished article. (Subsequently, other tasters criticise it variously for being too oaky or too ‘simple’.) 8-7.5 = 93

Château Giscours 2008 (£56) – MY RANK = 7th; OVERALL RANK = 15th equal (89): Deepish, signs of evolution. Floral. Talc. Fresh green pepper. Earthy. Tangy and quite fresh, with decent mouth-coating fine tannin. Elegant, savoury, decent Bordeaux style. Ultimately, though, not the most persuasive. A bit watery and ethereal. A tiny bit too tannic for the body. Decent, not amazing. Coming back to it improves the overall impression, though. 7.5-8 = 93

Vérité La Joie (Kendall Jackson) 2008, Sonoma – MY RANK = 9th; LONDON RANK = 1st: Interesting. Quite scented, toasty, Seems savoury. Bacon fat. Toasty. Could this be South Africa? Very fine grained tannin and lots of it. Fruit is quite ripe in style. Notable alcohol on the finish, but not crazy – sits better here than a lot of other New World styles on this tasting. Probably because it has a very savoury quality to the flavours and very fine savoury tannin too. Very accomplished NW/OW fusion style. Would like more refreshment value, less alcohol. But still very good. 7.5 (-7) = 92 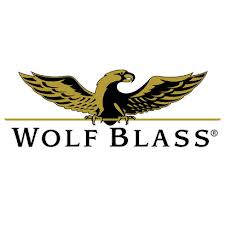 Château Montrose 2008 (£124) – MY RANK = 12th equal; OVERALL RANK = 2nd equal (91): Quite deep. Initially, mute and a bit soupy. Stays that way. Palate is grippy, very fine, pretty compelling. Odd combo! Doesn’t quite hang together. Comes across a bit earthy, mute – but then zooms into this leafy, grippy, savoury palate style. Graves? But ultimately lacks the palate stuffing to work. Decent, not amazing Tuscan or Bordeaux. (This was the top wine in the Melbourne tasting, and performed decently elsewhere too. Many apparently mistook it for a New World style.) 7 = 91

Château Mouton Rothschild 2008 (£975) – MY RANK = 12th equal; OVERALL RANK = 8th equal (90): Classic toasty herby cedar graphite tobacco nose. Warm earth. Good, grippy, savoury. Lacks X-factor though. It’s a bit showy and lacking in gravitas and layers. Love the cedary refreshment value but needs more grace and power. Decent, not amazing. But it could be a finer wine that’s struggled in this vintage. Has something about it… 7 = 91

Château Léoville-Las-Cases 2008 (£77?) – MY RANK = 15th; OVERALL RANK = 2nd equal (91); Leafy red pepper with balsa and earthy notes. Seems weedy. Slightly medicinal palate. Seems Bordeaux, not particularly persuasive one either. Decent grainy weight but lacks beauty and soft curves. Touch of heat too. (Apparently not showing as well as it had done in the other tastings, according to Chris.) 7-6.5 = 90

Vilafonté Series C 2008 – MY RANK = 16th; LONDON RANK = 19th equal (89): Deepish. Resinous. Coffee. A bit simple, could be Chilean. Creamy, plump attack; earthy. Dense, chewy on the finish. Ambitious in style but lacks grace and harmony. Acidified and chunky, too hot on the finish. Trying hard, but fails. There is something attractive about its juicy earthy fruit. But it’s too hot. (7)-6.5 = 90

Vasse Felix Heytesbury 2008 (£59) – MY RANK = 17th equal; OVERALL RANK = 2nd equal (91): Very green nose. Earthy. Minty. Bit medicinal. Gravel. Good juicy red fruit tang. Pretty vibrant on the palate. But a bit green and minty. Might this go with age? Maybe. But even then it’s a bit monolithic and slightly mean. Decent, some will like it, but it needs toning down. Maybe a grown-up Oz style? If so it’s impressive. But still needs more work. 6.5 = 89

Antinori Solaia 2008 – MY RANK = 20th; LONDON RANK = 8th equal (91): Deep hue, inky roasted fruit tones. Seems a little contrived. Decent, some nice savoury tannin and juicy tangy fruit, but lacks real depth and refinement and purpose. I’d say lesser Bordeaux – 5th growth or so. But then, coming back to it, it has improved, showing a bit more purpose, harmony and cogency to the palate. 6.5-6 = 89 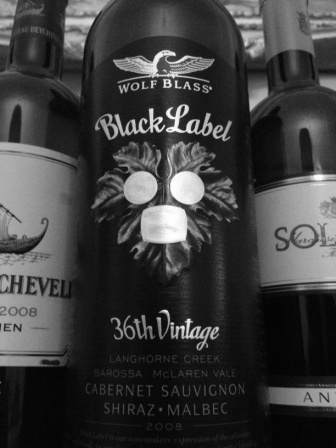